In this role, Odum will work with business leaders, chambers of commerce, employee groups, and nonprofit organizations on a plan to safely and responsibly restart Houston's economy. Odum will also work on strategies to address the challenges faced by the city's vulnerable and at-risk populations, develop a plan to avoid the resurgence of community spread, and help the city prepare for a future pandemic or viral attack. 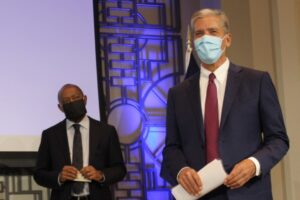 "Marvin is no stranger to working on disaster recovery, as he previously served as Houston's Chief Recovery Officer after Hurricane Harvey," Mayor Turner said. "From all sectors, he received rave reviews for the team he assembled, the task force he created, and the collaborations he forged. Marvin is the right person for the job."

During his time as Houston's Chief Recovery Officer, Odum was credited with working successfully with regional, state, and federal partners to secure funding for housing and reform policies. He broke new ground in disaster recovery and helped move Houston forward as a more resilient city.

"To be clear, this is about keeping people safe and getting people back to work and re-energizing our economy," said Odum. "We have been charged with completing the plans that reflect the delicate balance between the need to return to work with the necessary vigilance required to keep people safe and healthy."

Mayor Turner and Harris County Judge Lina Hidalgo have had numerous conversations about the region's recovery from the COVID-19 health crisis. Odum will work directly with the county's designated representative to forge a cohesive strategy and a plan for Houston and Harris County.

"Over the past two months, we have aggressively worked to save lives and blunt the progression of coronavirus, and we see positive results, but the virus is not yet under control. Before we send people back to work and reopen businesses, we must also have robust, ubiquitous testing. We also must consider what happens if we reopen the economy, and we start to see an increase in the number of positive cases," said Mayor Turner. 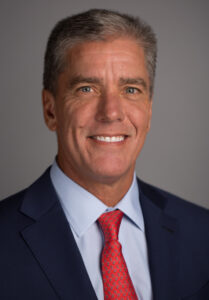 "You can expect that this plan with be gradual and phased, and I'm sure we all understand why things cannot immediately return to normal," said Odum. "We will need the continued cooperation of all Houstonians to ensure this plan is successful, and we will provide more details as soon as possible."

Odum served as Chairman/President of Shell Oil Company from 2008-16 and was a director/executive committee member of Royal Dutch Shell.  In addition to working with and investing in several technology-based start-up companies, Odum is a board member of Europe-based Stena international and Stena Drilling, CEO of TerraLithium and Chairman of AAL LLC - focused on low carbon energy technologies. He is a board member of the National Urban League and MD Anderson Cancer Center. He is a member of the Council on Foreign Relations and serves on the Dean’s Council for Harvard’s JFK School of Government, advisory board for University of Texas’s Cockrell School of Engineering and co-chair of the capital campaign for the University of Houston which has exceeded its goal of raising $1 billion.

In March 2020, BakerRipley honored Marvin and his wife, Mariloli, with the Alice Graham Baker Award for their work on Hurricane Harvey recovery and their commitment to help vulnerable communities.